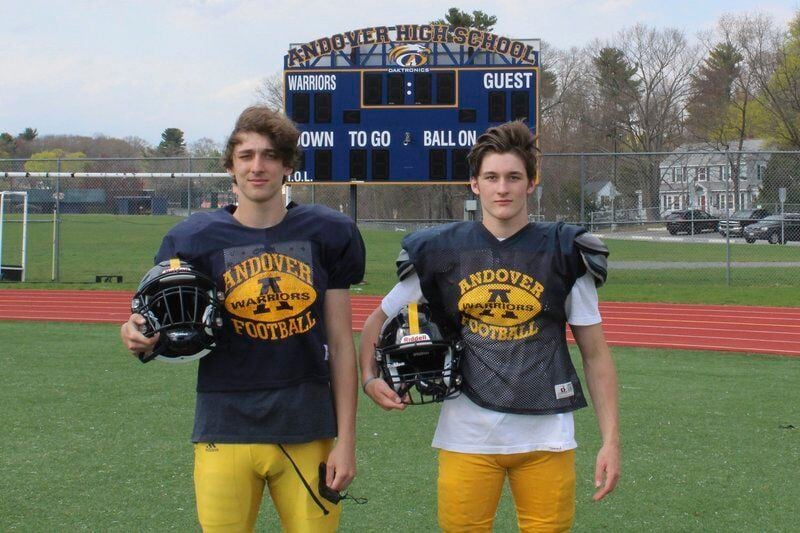 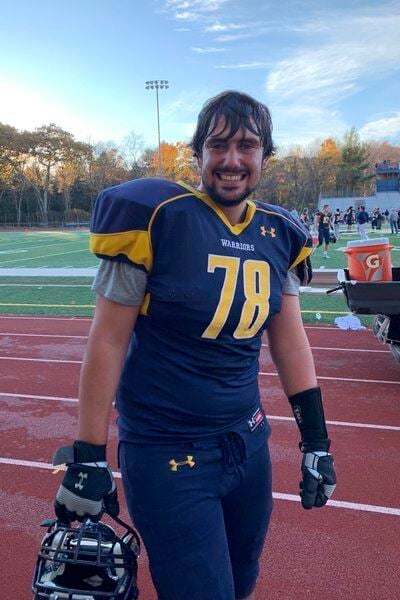 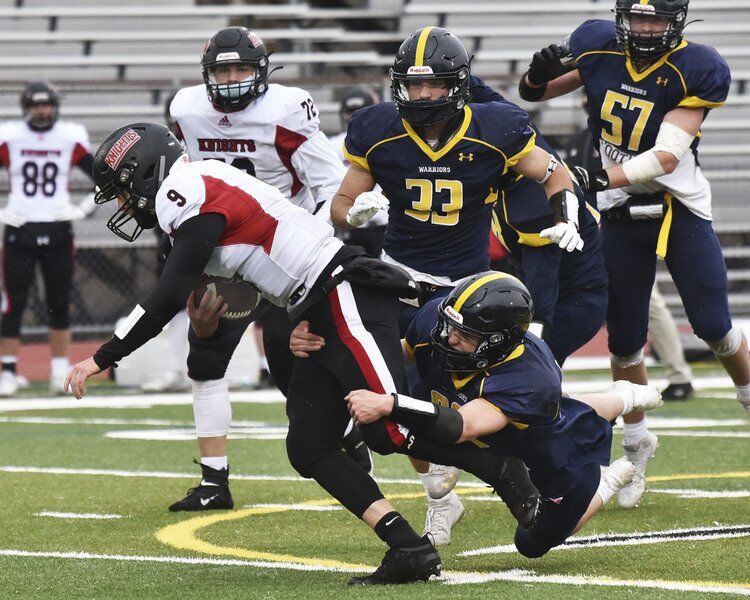 ANDOVER — The sophomores scored almost all of the points, but it was the seniors who ruled the day Thursday afternoon for the Andover High football team.

In what was likely the last game of their careers, the seniors put on quite a show as the Golden Warriors crushed Chelmsford 38-0 to complete a successful 5-2 season.

“It really was a great season, winning five of the last six games and playing so well the last six games,” said Andover coach E.J. Perry. “I couldn’t be prouder of these seniors. They worked hard and developed a great reputation at school for the kind of kids they are.”

Perry certainly had a lot to be proud last Thursday, especially regarding his defense, with senior linebackers Connor Sheehan and Zach Dutton highlighting a performance. The visiting Lions could rush for only 3 yards total and couldn’t sustain a strong passing attack long enough to put points on the board.

Sheehan, likely playing in his last-ever football game (he’s weighing UMass Amherst and Purdue), was all over the field, making 14 tackles that included three quarterback sacks and recovering a fumble.

Dutton, meanwhile, had a 65-yard interception return in the second quarter that set up a 31-yard field goal by Andrew Wetterwald on the last play before intermission. Dutton missed last year with a broken back and wasn’t even sure he could play this year.

“It (the interception) was awesome and something to remember for a long time,” said Dutton. “This season was a bonus for me.”

“It’s really sad that this is my last game,” said Sheehan. “But it was fun to go out like this. We went out with a bang.”

For their efforts, Perry gave Sheehan and Sutton some time in the offensive backfield in the second half and they both carried the ball twice.

Referring to Sheehan, Perry said: “He’s a very good player and I couldn’t have done what he did this year, playing after his dad died and playing so well. He’s one of the best linebackers around.”

Offensively, it was largely the Lincoln Beal show. The sophomore back rushed for 166 yards on 12 carries and scored three touchdowns, one on a 45-yard pass from sophomore classmate Scott Brown.

Beal showed that he meant business from the start. On Andover’s first possession, he opened the game with a 17-yard run and, two plays later, burst through the middle of the line for a 67-yard scoring run.

After Brown scored on a 1-yard run on Andover’s next possession, he connected with Beal on the 45-yarder on a flea flicker. Beal added a 1-yard plunge to make it 28-0 before Wetterwald, who is also a sophomore, made it 31-0 at halftime.

Among those providing stalwart blocking for Beal and Brown were senior linemen Charlie Baillargeon, bruising Brown recruit AJ Heidtke, Parker Rankin and Ben Entner. For Entner, it was just his second game since recovering from mononucleosis.

Another senior, Andrew Layman, scored Andover’s final touchdown in the third quarter on a 6-yard run.