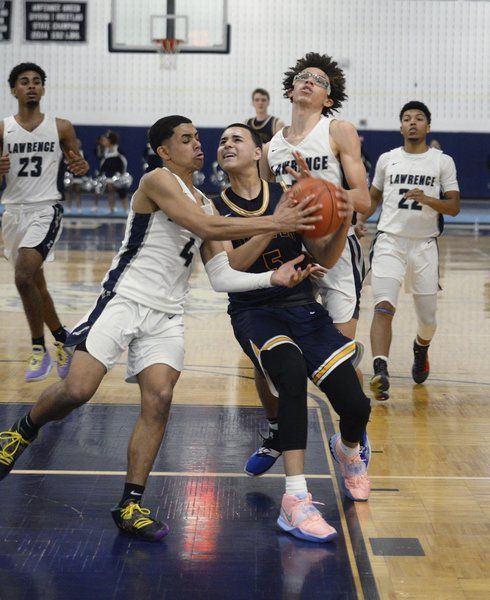 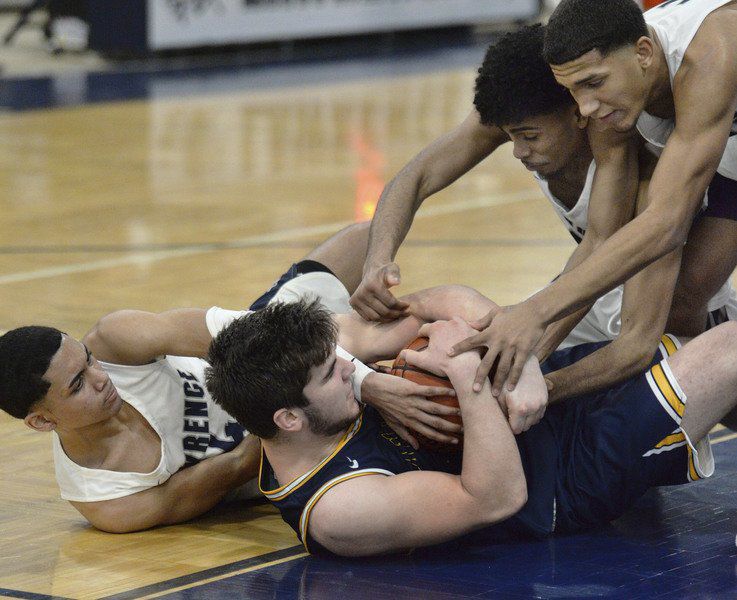 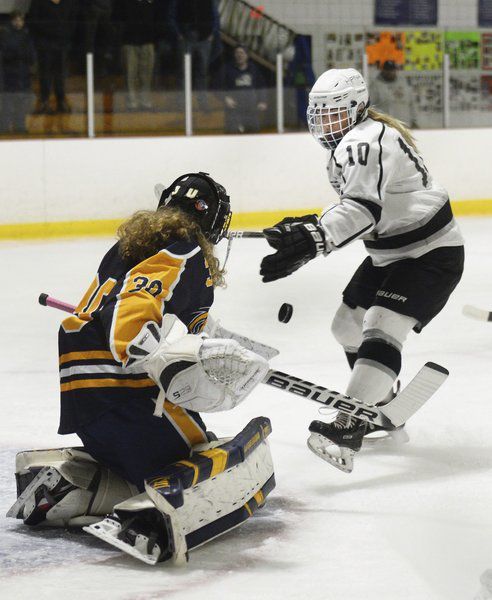 CARL RUSSO/Staff photoAndover goalie Lillian Jagger, here earlier in the season, delivered a stellar performance to shut out Barnstable in the Division 1 North preliminary round.

CARL RUSSO/Staff photoAndover goalie Lillian Jagger, here earlier in the season, delivered a stellar performance to shut out Barnstable in the Division 1 North preliminary round.

Lauren Adams needed only 30 seconds to give Andover the lead in the Division 1 North preliminary round last Wednesday. Lillian Jagger spent the next 44:30 ensuring that goal would be all the Warriors needed.

Andover, seeded 15th, added a third-period score from Eliza O’Sulligan on its way to a 2-0 victory over No. 18 Barnstable.

Entering the postseason with a team-high 16 goals, Adams took advantage of an early Barnstable turnover, connecting from in front of the net for her fifth goal in four varsity postseason matches.

“I got a pass from Hannah (Rowe),” Adams said. “I just kind of turned and shot it. It went in. I felt the (defense) coming from the back, so I turned the other way and just kind of shot it really quick.”

Jagger, who registered her fifth shutout on the season, took heavy heat early in the third, making five of her 15 saves in the first 2:20.

“I just didn’t want to let anybody down,” Jagger said. “The defense did a really good job keeping the front of the net clear, and I didn’t have to do as much as I anticipated. I just did my job and everyone else did their’s. It was great.”

No. 2-seeded Austin Prep scored just 35 seconds into the game, and No. 15 Andover could not recover as the Golden Warriors fell 8-3 in the Division 1 first round Saturday night.

“Our girls put their hearts out on the ice today,” said first-year Andover head coach Tyler Vigue. “But we played a great team. I could not have asked for anything else from our team, but we ran into a brick wall, and the brick wall hit back.”

“No question, Austin Prep (19-1-2) is a great team,” said Vigue. “Their coach (Stephanie Wood) has been there a long time, and she knows how to win. They are a very, very good team.”

Austin Prep came out flying, scoring that first goal 0:35 in, then adding another score five minutes later to make it 2-0.

But Andover’s Lauren Adams did all she could to spark a Golden Warrior rally with a stellar singular effort. The talented sophomore forward attacked the net, and with a defender hanging off her, pushed forward and slid it past the goalie with 1:34 left in the first to make the score 2-1 after a period.

Austin Prep, however, had no problem rebounding, scoring twice in the first six minutes of the second.

“That’s normal for Lauren,” said Vigue. “At any time, she can make something happen with the puck on her stick.

“There are very good things coming out of this program. I’m very lucky to be a part of a program with this much depth. We’ll miss this senior class, but I’m also looking forward to working with the young girls and seeing what we have for next season.”

A driving bucket by Kyle Rocker cut Andover’s deficit to just three points with 6:35 left in the fourth quarter. But the No. 10 Golden Warriors could get no closer, falling to No. 7 Lawrence 60-54 in the Division 1 North first round last Tuesday.

Andover (13-8) once again closing to within three with 2:52 remaining following a 3-pointer by Charlie McCarthy and a put-back by freshman Ryan MacLellan.

But, each time, Lawrence (16-6) had the answer, improving to 2-1 against the Golden Warriors on the season.

“We didn’t lose that game because of toughness,” said Andover coach David Fazio, who had the Warriors in the sectional for the 31st consecutive year. “We lost that game because we missed some shots that normally go down. Those were game changers.

Tatum Shaw erupted for 22 points as No. 6 Andover surged past No. 11 Arlington 51-39 in the Division 1 North first round last Monday. Shea Krekorian added 10 points and Brooke Hardock scored eight for the winners.

“Our defense allowed us to get back into it,” said Andover coach Alan Hibino, whose squad outscored Arlington 19-4 in the fourth quarter after trailing by two points heading into the fourth. “And then we got some easy looks on offense. Credit to Arlington. They made some great halftime adjustments, they played hard for four quarters and they’re all sophomores and juniors so I don’t want to see them again.”