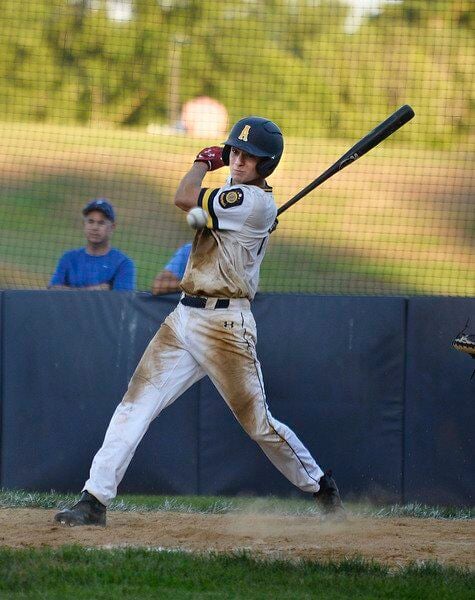 CARL RUSSO/Staff file photoSlugging Tanner O'Sullivan and the Andover High baseball team are back in action after missing last spring due to COVID-19. O'Sullivan has started hot at the plate. 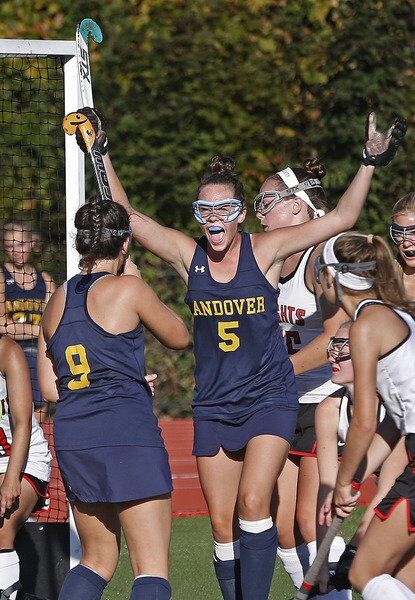 Staff file photoOlivia Beucler, here celebrating, and the Andover girls lacrosse team are thrilled to be back in action after 2020 was cancelled due to COVID-19. But the Golden Warriors have a new coach.

CARL RUSSO/Staff file photoSlugging Tanner O'Sullivan and the Andover High baseball team are back in action after missing last spring due to COVID-19. O'Sullivan has started hot at the plate.

Staff file photoOlivia Beucler, here celebrating, and the Andover girls lacrosse team are thrilled to be back in action after 2020 was cancelled due to COVID-19. But the Golden Warriors have a new coach.

After nearly two full years away, thanks to the coronavirus, Andover High’s spring sports teams have finally returned to action.

Having lost the 2020 season due to COVID-19, the Golden Warrior baseball, softball, lacrosse and boys volleyball squads — along with wrestling — kicked off their seasons last week. A few teams look ready for big seasons, and a few individuals are primed to make highlights in track.

Here is a look at the Andover High teams that are currently in action this spring:

Fast facts: Catcher Nolan Schirmer, a two-year captain, recently committed to Boston College baseball. He is one of five Golden Warriors committed to college baseball programs. The others are Ryan Grecco (Colby), Anthony Teberio (Wheaton), Andrew Smithson (Central Connecticut State) and Aidan Ritter (Endicott). ... Dylan Brenner and Evan Brenner are identical twins. Coach Dan Grams said the only way he can tell them apart during practice, when they aren’t wearing uniforms, is that they wear different color cleats. ... Speedy Scotty Brown has been slowed by a leg injury. He just finished his second season as starting quarterback in football (730 passing yards, 449 rushing yards, 15 total TDs). ... Longtime American Legion coach Joe Iarrobino is helping with the high school program for the first time in more than a decade, said Grams.

Fast facts: Paige Gillette is a 3-sport captain and, says coach Rick Quattrocchi, “the best captain I’ve had in 29 years as a coach.” ... Morgan Shirley is a recent transplant from Delaware. She will start and is also a fine basketball player. ... Veteran pitcher Sara Folan decided to skip softball and compete in track this spring. ... New assistant Neil Magenheim is the father of sophomore first baseman Zoe Magenheim.

Coach Rick Quattrocchi (2nd year): “I have a strong sophomore class and we’re excited about the season. Realistically, we could go 9-6, which would be good for a young team. I’m very high on my freshman pitcher (Jackie Giordano).”

Fast facts: Former coach Wayne Puglisi went 243-145 in 20 seasons. The new coach is Bryan Brazill, who was Haverhill’s head coach from 2008-11 (29-41 record). He played at Merrimack College (MC ‘05), twice leading the Warriors in scoring. He later was an assistant for nine years there. He owns and operates Homegrown Lacrosse. Brazill was hired in November of 2019. ... Coach Brazill has dubbed Anton Pace, Charlie Higgins, Colin MacLean and Erik Aulback the Four Horsemen. ... Colin MacLean will be playing at Denison. .,, New coach Brazill has three new assistants: former Merrimack College head coach Frank Aloi, ex-Merrimack defensive coordinator Bryan Pollack and Shamus Florio, who played at Andover and is a current football kicker for Yale University.

Coach Ally Stager (1st year): Ally Stager took over for Cat Gross, who went 66-43 in five seasons. Stager joined the staff as an assistant in 2019. She made second-team all-conference at UNH in 2011. She set the Reading High scoring record (158-92-250). She is a 7th grade science teacher at Ipswich Middle School and coaches with Storm Lacrosse. She was hired in March, when Gross had a baby.

Fast facts: Freshman Marco Gomez Cabo and junior Owen Chanthaboun have impressed. ... Zach Dutton comes to volleyball only three days after having a strong football season. ... The glue to the team is Jyles Amirault, a four-year starter who was second-team All-MVC in 2019.

Coach E.J. Perry (8th year, 78-69): “Our senior class headlined by our three captains: Amirault, Dutton and Lai. We will rely on the all the seniors to lead us.”

Fast facts: AJ Heidtke, brother of former state place winner and football standout Payton, had a fine debut season last year. He is committed to Brown for football. But he got hurt in the last football game and may be lost for the season. ... ... Connor Sheehan is coming off a terrific football season for the 5-2 Warriors and recruited his younger brother William a sophomore, to wrestle this season. ... Highly regarded Chuck Tedeschi joins the staff to replace Ken Najem, who is busy as head track coach at Notre Dame of Tyngsboro.