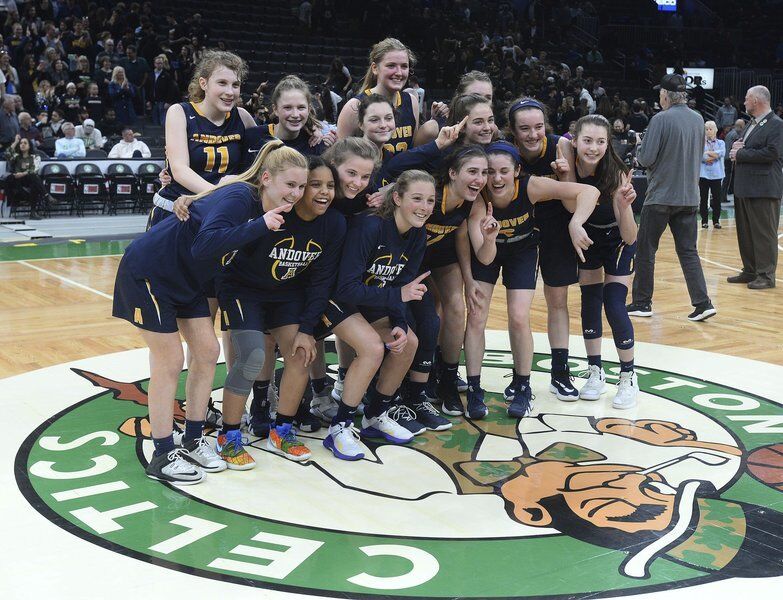 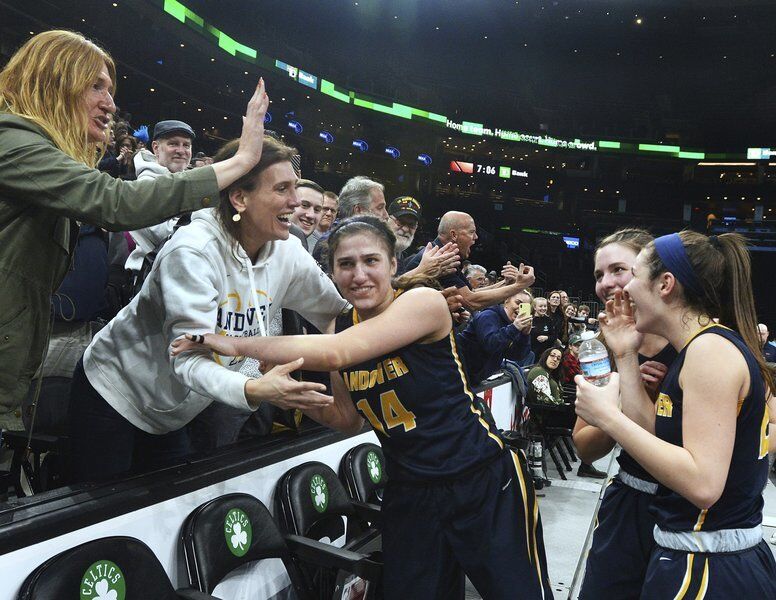 Andover girls basketball had a good, but certainly not great, 14-6 regular season.

The Blue and Gold were staring down early-tourney matchups with Central Catholic, which hadn’t lost to an MVC rival in three years, and 20-win Chelmsford.

So there was hardly reason to think this would be much of a postseason.

But, oh, it was. The Golden Warriors caught fire to win five straight games and were declared Division 1 state co-champs when the pandemic hit in mid-March just prior to the state finals.

In the North quarterfinals at Central, Tatum Shaw, Shea Krekorian, Brooke Hardock and Anna Foley all hit double figures in a 63-55 stunner over the Raiders.

Coach Alan Hibino said, “We had to make them uncomfortable. This wasn’t a 7-game series. It was one time. We had to get over that mental hurdle.”

It would have been easy to have that be the win they talk about at the 25th reunion and get knocked off soon after.

But as Hibino said, “We weren’t going to be satisfied.”

No. 6 Andover then toppled No. 2 Chelmsford and No. 3 Cambridge for the North title.

Most thought that brilliant run would come to the end at the TD Garden, the home court of the Boston Celtics, vs. Bridgewater-Raynham with 6-3 super sophomore Shay Bollin.

Hibino implored the sometimes complacent Andover fans that night: “We need you!”

They and the team delivered.

Andover’s 6-2 freshman Foley was brilliant, holding the All-American bound for Duke to 12 points and AHS stunned the Trojans, 52-44.

Who’s to say if in the state finals Andover could have ousted 24-0 Franklin with 6-4 George Washington recruit Ali Brigham?

Hibino had memorable movie motivational speeches throughout the postseason and he had his slingshot ready for this one.

“We went through the five stages of grieving,” he said. “We said we’d play at the YMCA.”

The banner is still going up at the Dunn Gym and their names will be up with the state champion legends like Nicole Boudreau, Ashley McLaughlin and the Muller sisters.