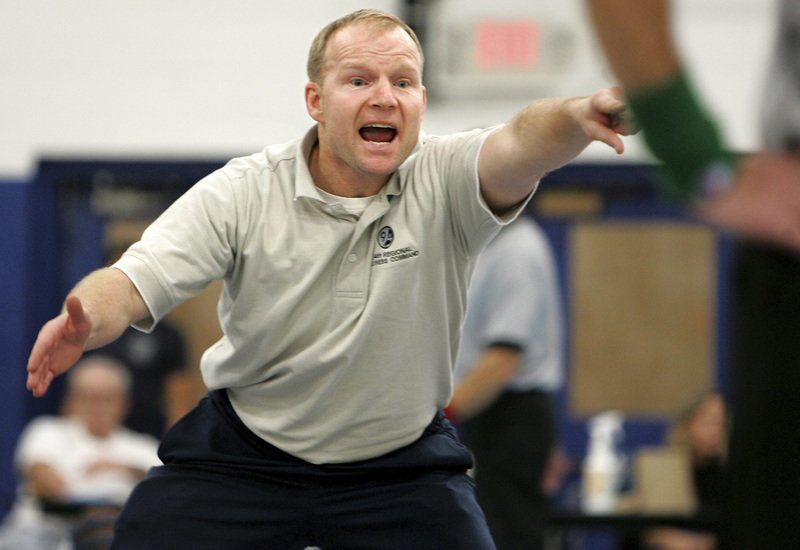 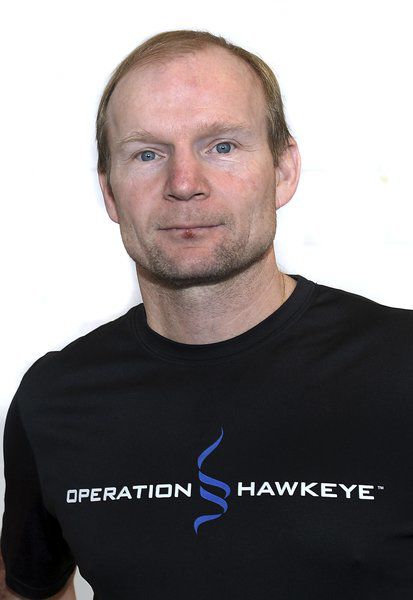 Editor’s Note: With high school sports postponed indefinitely, we’re checking in with athletes and coaches from the Andover sports community about how they are dealing with the coronavirus pandemic.

When Mike Bolduc took over the Andover High wrestling program five years ago, many believed it wouldn’t be long before the program rose to the upper level of the Merrimack Valley Conference.

This winter, under Bolduc’s watchful eye, the Golden Warriors were a terrific 21-3 and captured the MVC Division 2 title.

Building winners is nothing new for Bolduc. He formerly coached at Salem, N.H., for five years, leading the Blue Devils to two undefeated seasons and the 2003 New England title, an accomplishment he didn’t get to witness because he left the team, as a sergeant major in the army reserves, in mid-season to train units for the Afghanistan War.

Bolduc took the time to answer questions about how he’s doing during the coronavirus outbreak:

1. How has the shutdown of sports affected you personally?

I am truly a sports enthusiast, but right now family and work are my primary concerns. So in short, the shutdown of sports has not affected me personally. On a positive note, family time has significantly increased.

2. Who do you know who is more affected than yourself to having no sports?

Tough question but I’ll go with my first thought. Coach Alan Hibino and the Andover girls basketball team were definitely affected more than me and the wrestling program. Knowing how hard they worked and the competitiveness of that team, I believe the coaches and players would have loved to play that final game.

3. Under normal circumstances, what would you be doing right now?

Right now, I would be enjoying the spring sports season, college and high school. My son Benjamin plays lacrosse for the United States Coast Guard Academy and my son Michael is a senior at Austin Prep and plays tennis. I am really going to miss watching them play.

4. What were your goals coming into the spring and how have they changed?

Unrelated to sports. I was very excited to finalize a trip to Graceland and Nashville. My son Michael and I are both Elvis fans and it is very disappointing to know our trip during April vacation will be cancelled.

5. Which sport do you miss the most?

I will miss the NCAA D1 Wrestling Championships the most. ESPN has done a nice job improving its coverage, specifically semifinals and finals. Outside of wrestling, college basketball is second on my list.

6. Which player on your team do you feel is most affected by the suspension of sports?

I know multiple athletes this affects due to spring sport tryouts but the first two names that come to mind are Jonathan Davila and Connor Sheehan. Jonathan and Connor were already back on the mat working out at Smitty’s Barn.

7. With no NBA, NHL or March Madness, how are you getting your sports fix these days?

Primarily I’ve jumped on my computer and watched an enormous amount of classic International and college wrestling matches. In addition, I am watching re-runs and classic games on all the sports channels. Most recently I watched the 2018 and the 2019 McDonalds All-American game and the 2015 FIFA Women’s World Cup Finals.

8. To support local restaurants, which restaurant have you ordered takeout from or would like to?

My family has not resorted to takeout yet. My wife Jackie is a phenomenal cook and most nights has prepared home cooked meals for the four of us. The boys did go out and picked up a tray from Tripoli’s pizza.

9. What’s your go-to movie or show to stream?

I recently watched Hacksaw Ridge, Lone Survivor, Saving Private Ryan, and 13 Hours so I guess my “go-to movie” needs to be war related. My quick fix is definitely “The Office,” season’s 1-7.

10. If there has been a positive thing to come out of the virus, what is it?

It has given me time to reflect on the present. In addition, I’ve seen a lot of good people who’ve given their time to help those in varying hardships. It’s very inspiring.