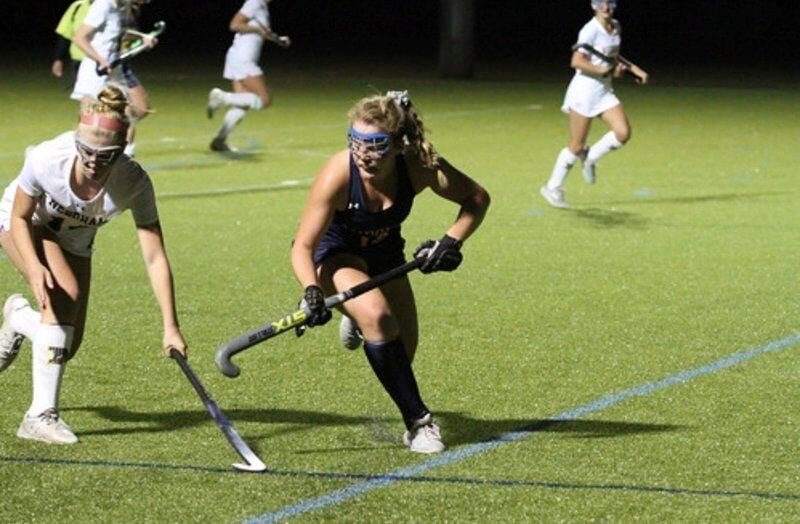 Courtesy PhotoAndover's Alana Miller is known for her fearless play on the field hockey field. 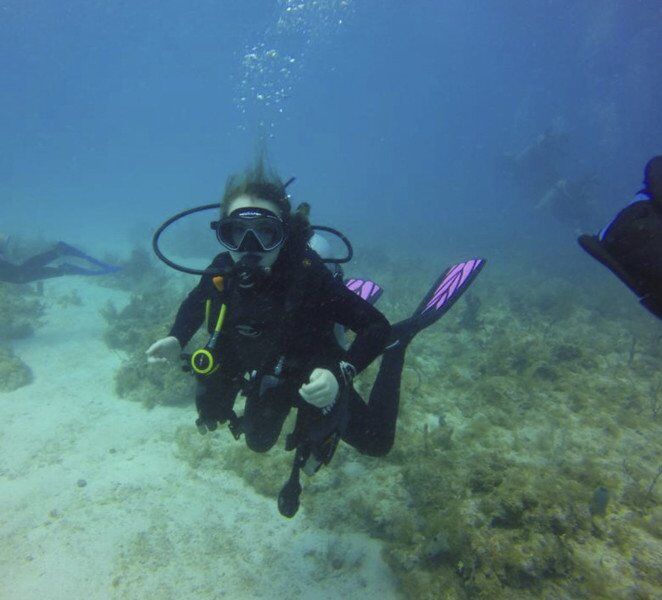 Courtesy PhotoAndover's Alana Miller learned her fearlessness from her years as an avid scuba diver. 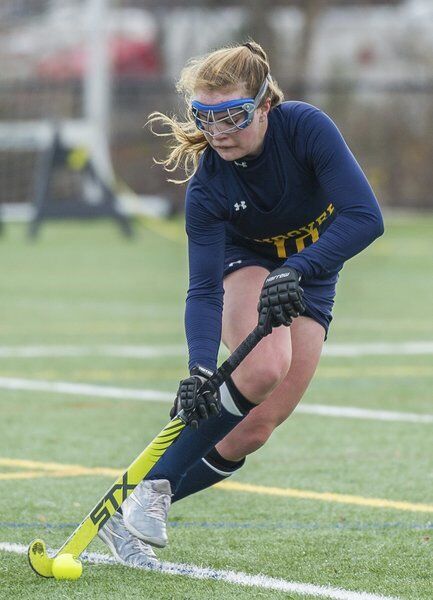 Staff File PhotoSenior captain Alana Miller was a star "flyer." But with that position eliminated, she has found other way to lead the Andover field hockey team. 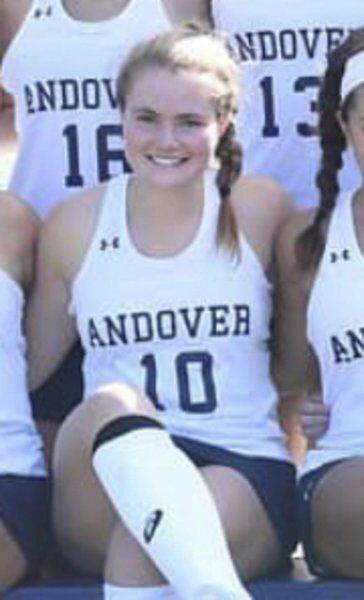 Courtesy PhotoAndover's Alana Miller is known for her fearless play on the field hockey field.

Courtesy PhotoAndover's Alana Miller learned her fearlessness from her years as an avid scuba diver.

Staff File PhotoSenior captain Alana Miller was a star "flyer." But with that position eliminated, she has found other way to lead the Andover field hockey team.

For years, her role was as a defensive “flyer” — the player called upon to “fly” out from the goal line on a free corner pass and try to stop the opposing team from getting a good shot on goal. Often the flyer is right in the line of what could be a hard shot.

But with COVID-19 forcing changes in the way most all sports are played, the flyer position was eliminated from Massachusetts field hockey for the 2020 season along with penalty corners.

While Miller could have been disappointed by the change, she has instead persevered.

“Alana is not flashy in her play,” said Hall of Fame field hockey coach Maureen Noone. “This year, she is playing as a back position on the last line of defense before the goalkeeper. She is mature for her age and brings toughness and game experiences on and off the field.”

Miller is now providing key play on defense for an Andover team that entered the week 3-0, having allowed just one goal in the coronavirus-delayed 2020 season. The Golden Warriors likely would have contended for a state title, had the tournament not been eliminated due to COVID.

A Catholic University field hockey recruit, Miller never backed down from her role as a flyer.

“It can be a little dangerous and my mom always says she cringes when she sees me do it,” said Miller. “I love it. I try to be the first person to reach the ball and be a disruption.”

Miller’s mom must have cringed even more in last year’s Division 1 state semifinals because her daughter was flying out in an attempt to stop Somerset Berkeley standout Lucas Crook, who has a rocket for a shot and was one of two boys on the state championship team.

“She (Miller) showed a lot of people how resilient she is when she was flying out at a boy hitter who was over 6-feet tall, taking direct shots,” said Andover coach Maureen Noone. “She never hesitated.”

And while her position is different this fall, it is no less challenging.

“On the field her play responsibilities include breaking up breakaways, and attempting to generate some offense,” said Noone. “Without defensive corners, Alana has rotated from left to right side of the field on the back line. She is a total team player.”

Miller said much of her fearlessness comes from being an avid scuba diver, who got certified in the fifth grade. She said she has been in far scarier situations.

“I’ve seen lots of sharks,” said Miller, who has done a lot of her diving in the Florida Keys. “Some of them are (smaller) sand sharks but I’ve also seen some large sharks. It’s kind of humbling.”

Miller admits that losing in the state finals last fall to a team with two talented boys was frustrating. But, she says, “I felt we were prepared and we came out and played hard, the best we could. I’m proud of the way we played.”

Miller is also proud to be a captain this year, “especially because of where I started freshman year.”

Unlike many of her teammates, she had virtually no playing experience before high school, so she started out on the freshman team and worked her way up to becoming a two-year starter on defense.

“I’m just very excited about it (being a captain),” she said. “I feel really good that my teammates believe in me.”

According to Noone, Miller — who is also a superb student with a weighted 4.2 GPA — is a natural as a captain.

“As a leader, Alana has been a vocal leader, always supporting her teammates in any way she can,” said Noone. “She has been great in organizing and  connecting with our younger players. She is the player that is always working — even when practices are over — trying to better her hitting skills.”

DAVID WILLIS CONTRIBUTED TO THIS REPORT

Medwar is one of the state’s most dangerous goal-scorers, who tallied 17 goals last year. Graham is also skilled at scoring goals, and Gillette is an outstanding goalie.