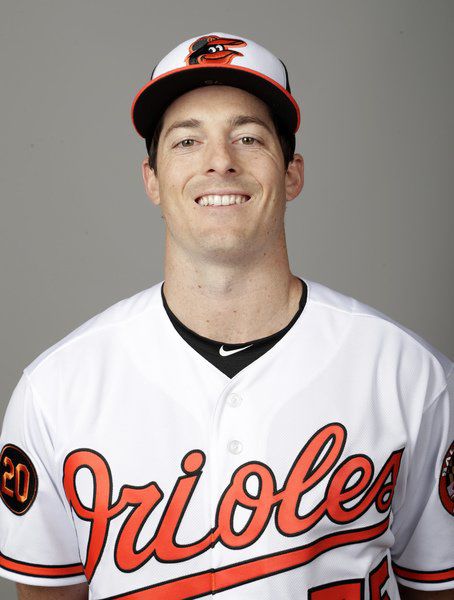 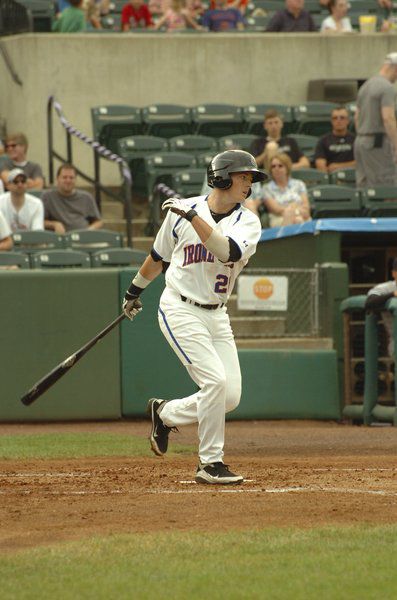 Photo by Bob Rinker/Aberdeen IronBirdsAndover's Michael Yastrzemski, here during his time in the Baltimore Orioles organization, is starting his first season in the San Francisco Giants system.

Photo by Bob Rinker/Aberdeen IronBirdsAndover's Michael Yastrzemski, here during his time in the Baltimore Orioles organization, is starting his first season in the San Francisco Giants system.

Acquired by the Giants in a trade to bolster their depleted outfield at the end of spring training, Yastrzmeki has been assigned to the triple-A Sacramento River Cats.

The former Andover American Legion and St. John’s Prep star and the River Cats were set to open play on Thursday, by hosting the Tacoma Rainiers, the triple-A affiliate of the Seattle Mariners.

The move comes after Yastrzemski earned his first major league spring training invitation with the Orioles this spring, hitting a home run and two RBIs in 14 games.

“Play hard. Play my game,” Yastrzemski described his approach during spring training, prior to the trade. “Not try to do too much. Just try and find some way to carve a little path out for myself.”

Drafted by the Orioles — after a standout career at college baseball superpower Vanderbilt — in the 13th round of the 2013 MLB Draft, Yastrzemski played in 679 games throughout Baltimore’s minor league system.

In six seasons, he hit a combined .259 with 61 homers, 152 doubles and 338 RBIs. He also became known for his stellar defensive ability playing all three outfield positions.

Yastrzemki has also battled injuries in recent years. He’s come back from two torn abdomens, a torn labrum, and in doing so, he’s learned how to stay in the right head space. It led to a career year in 2018.

“More mentally than anything,” Yastrzemski said. “Just trying to find some relaxation at the plate and trying to stay confident throughout the waves. If you can still stay confident when things aren’t going well then hopefully they’ll turn around quicker and be able to stay there for longer.”

One big fan of Yastrzemski is his golf buddy and fellow Vanderbilt alum, Red Sox World Series hero David Price, who believes the 28-year-old Yastrzemski’s shot at the majors is long overdue.

“He’s deserved it for awhile,” Price said. “I know that is a question that I’ve asked him at least the last two offseasons. ‘Are you going to big league camp?’ He’s like, ‘I haven’t heard yet.’ I’m like, man...

“I feel like for what he’s done in the minor leagues he’s deserved an opportunity (in the majors.) I check the box scores for him.”

Like his legendary Hall of Fame grandfather Carl Yastrzemski before him, Michael Yastrzemski’s calling card is his work ethic. He prides himself on being known for that in the minors.

“A ton (of pride),” Yastrzemski said. “That’s exactly where I want to be for having a reputation. If there’s a way to play the game it’s to do it the right way. To play hard. Show that you love it. So that’s what I try to do.”

It must be something in the gene pool.

Yastrzemski and his grandfather have a close relationship, but when it comes to baseball, the Hall of Famer has never been overbearing. He’s grateful for that.

“We talk when we need to,” the younger Yastrzemski explained. “We play golf in the offseason. Try to get as much time with him as I can. He’s been great about letting me have my own career and never tries to get into anything like that.”

Which Yastrzemski is the better golfer?

“At this point I would say I am,” the 28-year-old laughed. “But he would probably have something different to say.”

Yastrzemski is not yet on the Giants’ 40-man roster. But he will continue to battle as he has throughout his career.

“There’s always frustration throughout the game but when it comes to decisions that you can’t control it’s not up to you,” Yastrzemski said during camp with the Orioles. “I do everything that I can. You’ve just got to put your head down and keep grinding.”

NOTE: All interview were conducted during spring training, prior to Yastrzemski’s trade.