Parrott ready for long-awaited spring, makes college choice | Sports | andovertownsman.com Skip to main content
You are the owner of this article.
Edit Article Add New Article
You have permission to edit this article.
Edit 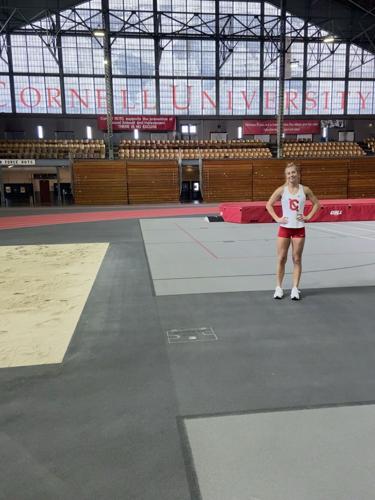 Andover senior Jodi Parrott poses at the Cornell University field house. She will run for Cornell next year. 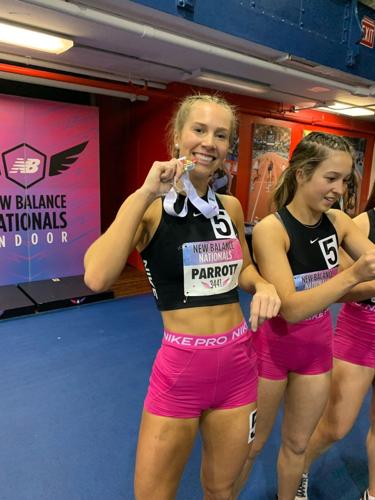 Andover senior Jodi Parrott poses at the Cornell University field house. She will run for Cornell next year.

The spring that Jodi Parrott has waited two years for has finally arrived.

The Andover High senior track superstar hasn’t competed in an outdoor track season since freshman year, due to the COVID-19 pandemic and injury.

Now, finally, she has returned to spring track.

And she has record-setting expectations for her last season competing for the Golden Warriors.

“This will be only my second outdoor season because of injury and COVID!” said Parrott. “I have two major goals for this season. The first is to break the 100-meter hurdles school record. This is the last high hurdle record at the high school that I haven’t broken and I fell just short of breaking it as a freshman.

“Secondly, because I finished second by only 3/100ths of a second at Division 1 states my freshman year, earning that title would make my younger self extremely proud and would also add valuable points to the team score.”

Parrott just missed the record as a freshman, running a 14.80 during her All-Scholastic campaign. She ran the time at the Division 1 Eastern Mass. championship, falling just short to the champion, Haverhill’s Jayla Kitchens (14.76). Parrott also long jumped 20-3 at a dual meet, a school and area record.

Parrott hasn’t had a chance at that hurdles record or Division 1 title since. She lost her sophomore outdoor season in 2020, when the season was canceled due to the COVID-19 pandemic. Last year, she missed the spring season due to an ankle injury.

Before the spring season kicked off, Parrott also announced her college decision.

She will run track at Cornell University.

“I’m super excited to have committed to Cornell because of the intensity of their program,” she said. “At the Ivy’s Indoor Championship this winter Cornell had first place finishers in both long jump and the pentathlon, as well as three placers in the hurdles.

“When I went on my official visit I was able to witness how unique the team was. The relationship between coaches, teammates and athletes seemed more like a family than anywhere else I had visited. Cornell is the right place for me because the university offers the opportunity to pursue rigorous academics while also succeeding athletically.”