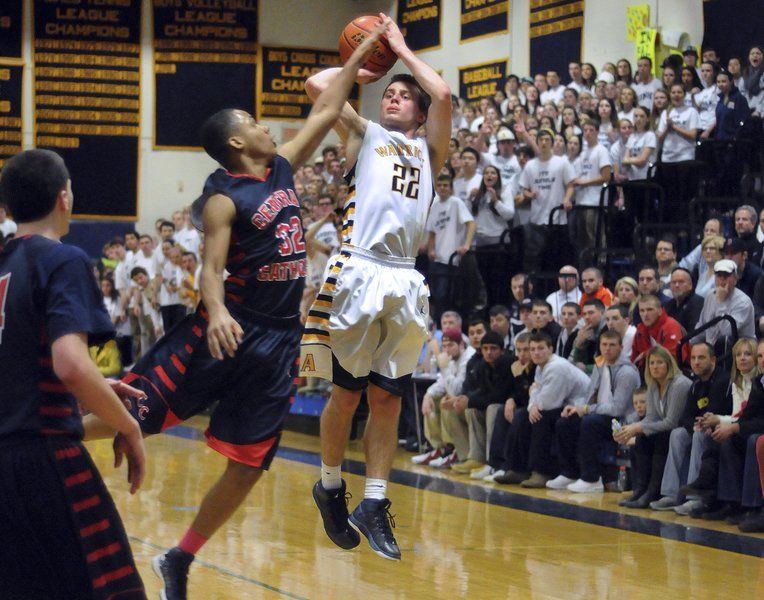 FILE PHOTODavid Giribaldi's outstanding shooting touch was a major reason why Andover basketball advanced to the Division 1 North final last winter. He hopes to advance all the way to capture the state title this season. 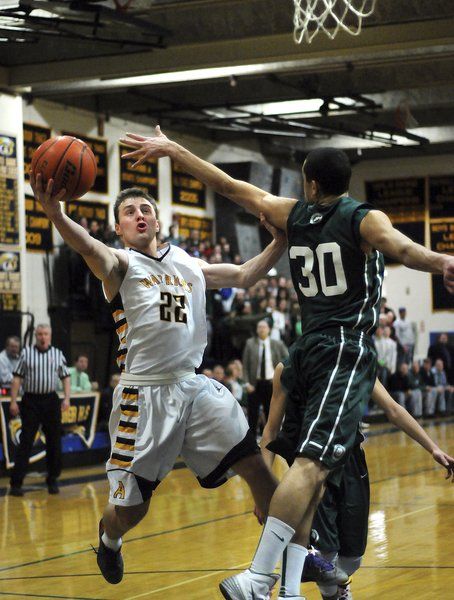 FILE PHOTO David Giribaldi drives to the hoop for a basket during a tourney win over Billerica last season. Giribalidi, a senior, hopes to surpass his stats from last winter when he averaged 20.2 points per game and earned All-Scholastic honors.

FILE PHOTODavid Giribaldi's outstanding shooting touch was a major reason why Andover basketball advanced to the Division 1 North final last winter. He hopes to advance all the way to capture the state title this season.

FILE PHOTO David Giribaldi drives to the hoop for a basket during a tourney win over Billerica last season. Giribalidi, a senior, hopes to surpass his stats from last winter when he averaged 20.2 points per game and earned All-Scholastic honors.

His team was just one game short of the TD Garden.

So the Andover High basketball superstar dealt with it the only way he knew how — he went back to work.

“It was a horrible feeling,” Giribaldi said. “We were hurting. But you have to move on. The day after, I was back in the gym working on my shot. I knew that if we could get back there this year, I wasn’t going to let that happen again.”

A season after earning All-Scholastic honors, winning Merrimack Valley Conference co-Player of the Year and leading Andover to the North final for the first time since the 1999-2000 season, Giribaldi has his sights set even higher this season.

“The whole team is excited to get going,” said Giribaldi, who is currently working his way back from injury. “You can feel the expectations on this team, and we are working hard to be where we need to be. If we could ever win a state title, there would be no feeling like it.”

“Giri is one of the most fearless players you will ever meet,” head coach David Fazio said. “He has a scorer’s mentality and knows how to play in the big game. He is not afraid of the bright lights.”

Giribaldi grew up surrounded by Andover High basketball, attending Fazio’s HoopTown camp, and he wasted no time making his mark on the Golden Warrior varsity scene.

As a freshman, he averaged 4.7 points a game, including a season-high 15 in a victory over Billerica. He followed that up as a sophomore, finishing second on the team with 9.1 points per game and earning All-MVC honors.

He kicked off his junior year by winning the Commonwealth Christmas Classic Most Valuable Player honor, leading the Warriors to the Christmas tourney title with 27 points in a 72-68 thriller over Central Catholic in the title game.

Giribaldi went on to score 20 or more points in 11 games, including a career-high 34 points in a win over Lawrence, followed with 32 in the next contest, a victory over Everett.

He knocked down 45 3-pointers, but scored many of his points in the paint, thanks to his stellar ability to finish strong at the basket despite facing defenders up to a foot taller than him.

“I have been going to the basket and finishing hard since I was a little kid,” Giribaldi said. “I think a lot of it is associated with my athletic ability.

With Giribaldi at the helm, the Warriors finished the 2013-14 season 19-5, making their first trip to the North final in 14 years with thrilling tourney wins over Billerica (54-52), Lynn English (86-81 in overtime) and Everett (49-48). But it ended in disappointment, falling to Central in the North title game.

“It was tough,” he said. “It was especially hard to see how much it hurt the seniors because at least we (the underclassmen) had another year. We wanted to do it for them. But we had to move on and focus on this (2014-15) season. We don’t want to go through anything like that loss again.”

For Giribaldi, preparing for his senior season has been a struggle, as he works his way back from a torn adductor muscle he suffered during summer basketball.

“I could feel it during the summer, but I thought it was just a pulled muscle,” said Giribaldi, who is still in the college basketball recruiting process. “I played North Andover in a summer game, and when I got home I couldn’t move at all. Every single movement using my core or legs was excruciating. I went to a few doctors and they said I needed to rest. I rested it for four or five weeks. It has been pretty persistent, and I can still feel it. I am going to physical therapy and I just have to work through it.”

But he is confident that he will still possess his All-Scholastic form, and so is his head coach.

“He isn’t afraid to face a challenge,” Fazio said. “Every year, he has gotten bigger, stronger and more confident as a player. He continues to work hard and grow. He loves the big game.”

David Willis is a sportswriter/videographer for The Andover Townsman. Reach him on twitter at @DWillisET.