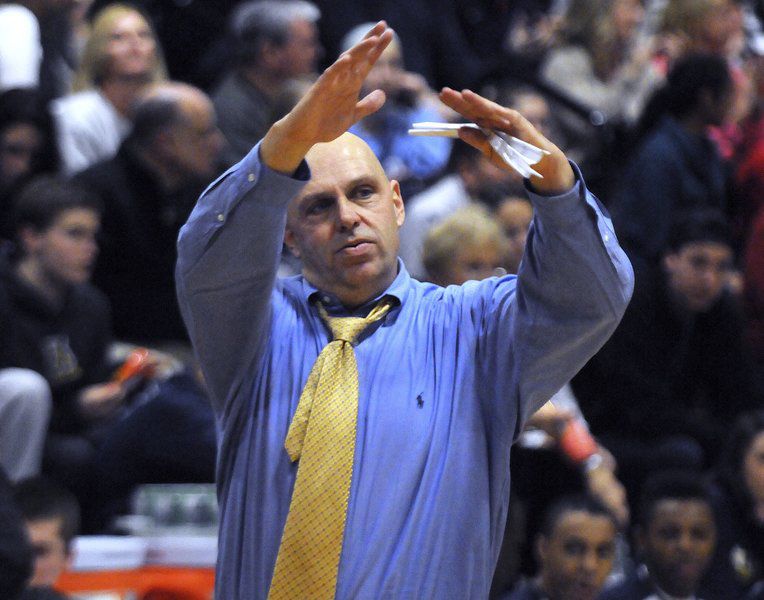 CARL RUSSO/Staff photo.Andover hoops coach Dave Fazio is being honored by the MIAA for his 30 years of work with the Golden Warriors. 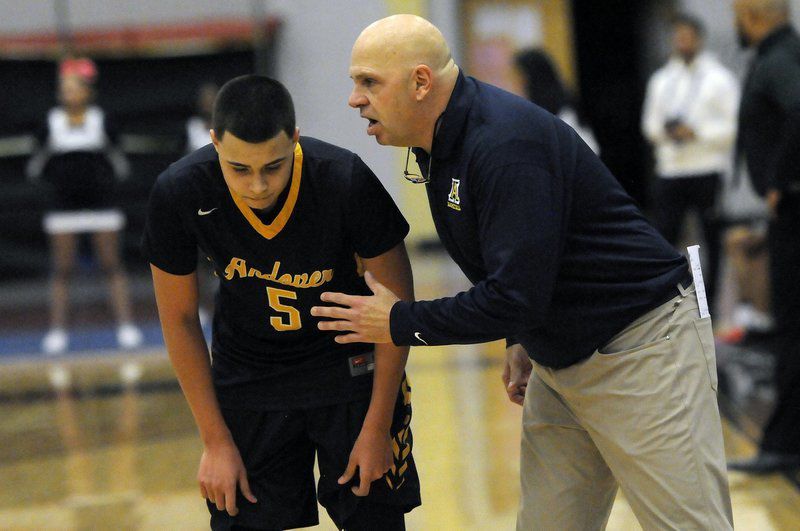 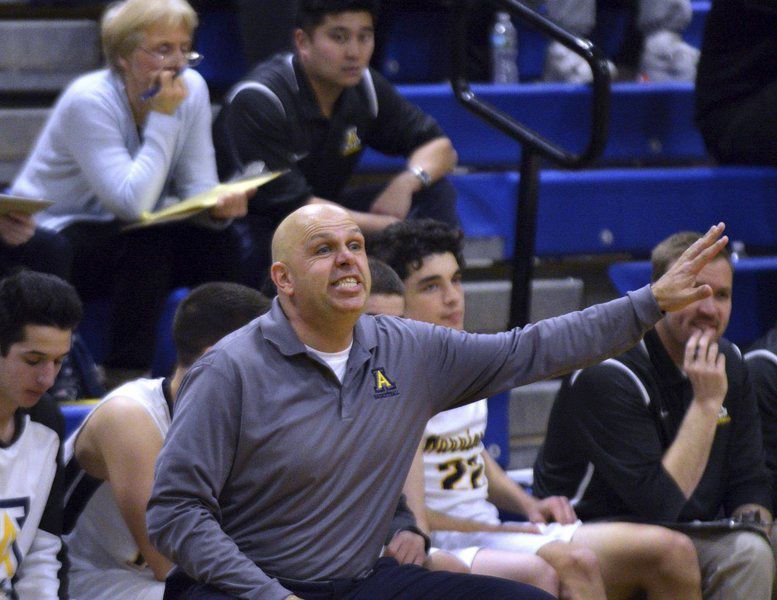 CARL RUSSO/Staff photo.After 30 years as Andover head basketball coach, Dave Fazio has been honored as MIAA Coach of the Year.

CARL RUSSO/Staff photo.Andover hoops coach Dave Fazio is being honored by the MIAA for his 30 years of work with the Golden Warriors.

CARL RUSSO/Staff photo.After 30 years as Andover head basketball coach, Dave Fazio has been honored as MIAA Coach of the Year.

After 30 years and more than 450 victories, Andover boys basketball coach Dave Fazio has earned one of the most prestigious honors of his career.

Fazio has been named the 2019 Massachusetts Interscholastic Athletic Association (MIAA) Boys Basketball Coach of the Year.

“It’s a great honor,” said Fazio. “I feel like this MIAA award is more of a lifetime achievement award that’s encompasses your career. The accolades really go to my family, who have always been there for me, and the players, former and current, that keep the energy going and keep us chasing our dreams day in and day out.”

The award is presented to coaches who, “Have an impact on the lives of student-athletes by encouraging them to develop self-confidence, sound work ethic and values for the student’s success in future endeavors” according to an MIAA press release.

“Coach Fazio is an inspiration to all at AHS,” said Andover principal Philip Conrad in the release. “For so many years, Dave has set such a great example for our students and colleagues. It’s great to see him acknowledged for his hard work.”

“Faz” — who turns 54 on May 19 — recently closed out his 30th season as Andover boys basketball head coach. He owns a stellar 462-220 record with nine Merrimack Valley Conference titles. He also runs the highly successful Hooptown Basketball Camp in Andover.

It was Conrad who delivered the news of the award to Fazio last week.

“My principal sent me a text saying he needed to see me in the office,” remembered Fazio. “I said I was in a meeting, so he told me he was coming down. I was worried I was in trouble. He came over and gave me a big hug and told me he wanted to be the first to congratulate me.”

Andover boys hoops delivered another strong season in 2018-19. Fazio’s squad finished 14-9 and upset No. 4 Boston Latin in the Division 1 North quarterfinals before falling to eventual state champion Lynn English in the North semis.

Amazingly, the Golden Warriors have never missed the postseason three decades under Fazio.

Since news of the award began to circulate, Fazio said he has been overwhelmed by the love he has received from Golden Warrior basketball alums.

“I’ve never been an ‘awards’ guy,” he said. “That’s not my style. But when you get texts from so many former player that are now living all around the world doing amazing things, that’s pretty special.

“I’ve gotten texts from guys like Brian Miller in San Francisco and Sean Ehlbeck, who is an assistant coach for Maryland women’s basketball. Hearing from those kids really means so much. For me, there’s the Fazio family and the basketball family.”

Fazio was quick to give plenty of credit to his wife, Colleen, and his three children who share his passion for sports.

Son DJ Fazio (AHS class of 2010) starred as a point guard for his father on the court.

Daughter Ally Fazio (AHS 2012) was a key member of three straight Division 1 state champion girls basketball teams and went on to have a stellar lacrosse career at the University of Connecticut. And younger daughter Alivia Fazio (AHS 2014) was an accomplished cheerleader.

“The biggest factor in my coaching career has been my wife and kids,” said Fazio. “Colleen and I will celebrate 30 years of marriage in June. She’s one heck of a head coach. I’m more of her assistant.

“DJ played for me, and that was amazing. Ally won three state titles as a player. People say I’ve never won a state title, but I won three through her. And Alivia was a cheerleader for all of those games. And they are all doing great.”

Fazio admits that, after all these years, he’s matured as a head coach.

But one thing that will never change is his competitive spirit when he steps onto the court.

“The fire will always be there,” he said. “It’s just a different fire now. In my younger years, I was always trying to prove myself. I wanted to show that I was a good coach and could win.

“Now, what matters the most is coaching great kids and getting them to play to their potential. I just want to make the best decisions I can for my players, and make sure they have character and commitment. I guess that’s maturity.”