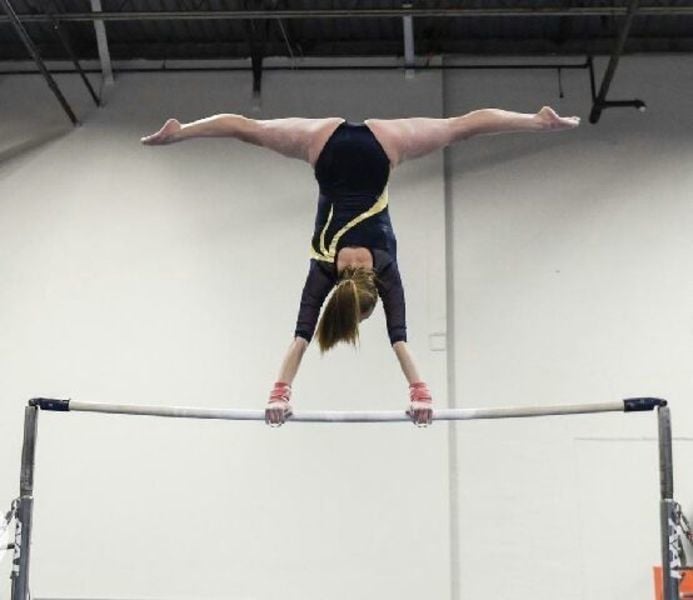 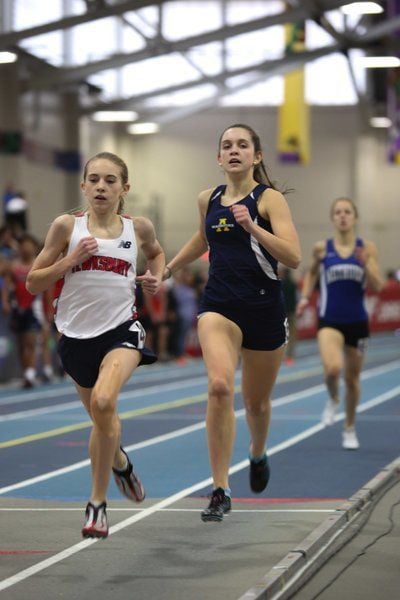 Jodi Parrot won the long jump with an 18-1.5 and took second in the 55 dash in 7.45 to help Andover place second as a team at the Merrimack Valley Conference Championship on Friday at the Reggie Lewis Center in Roxbury.

Andover’s Maddy Francis took first overall in the beam with a 9.05 at the Merrimack Valley Conference Championship last Thurday. The Golden Warriors placed third as a team in the MVC Division 1.

“Maddy had beautiful form and is a very graceful gymnast,” said Golden Warriors coach Tracy West, who was named MVC Division 1 Coach of the Year. “She really excels on the beam.”

Golden Warrior Matt Campbell added a third in the vault (9.45).

Jake Drake took second overall in the high jump with a 6-4 to lead Andover at the MVC Championship on Friday, Dan Blatman placed fourth in the shot put (47-6.5), Alec Pascoe was fifth in the 55 hurdles (7.79) and Ryan Dennehy took sixth in the 55 dash for the Warriors, who were sixth as a team.

Kenneth Siu placed fourth in the 100 breaststroke in 55.52 as Andover took ninth as a team at the North Sectional boys swim meet on Sunday.

Nikita Orbits was sixth in the 100 backstroke (55.52) and teamed with Adam Medjamia, William Qian and Dennis Tang to place fifth in the 200 medley relay. Sean Bradshaw was sixth in the diving (425.05).