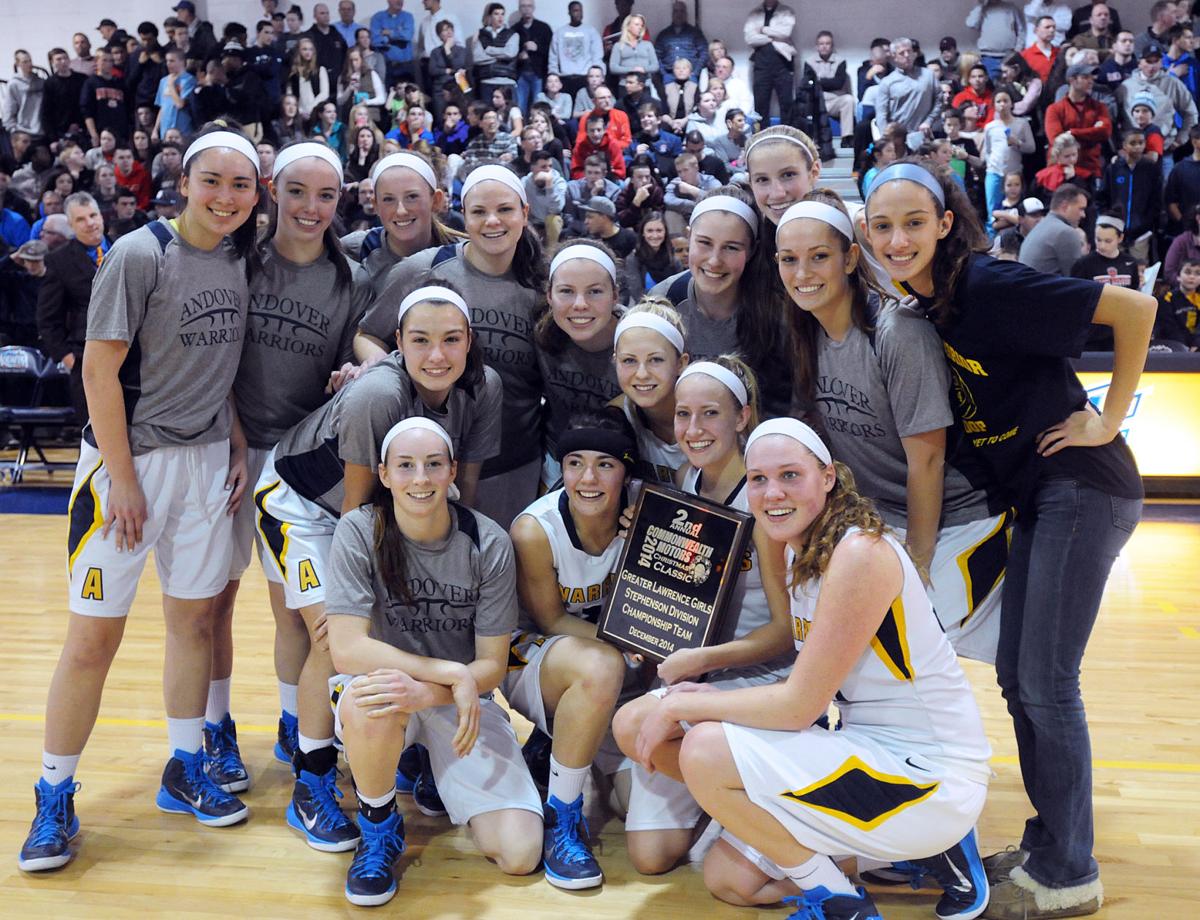 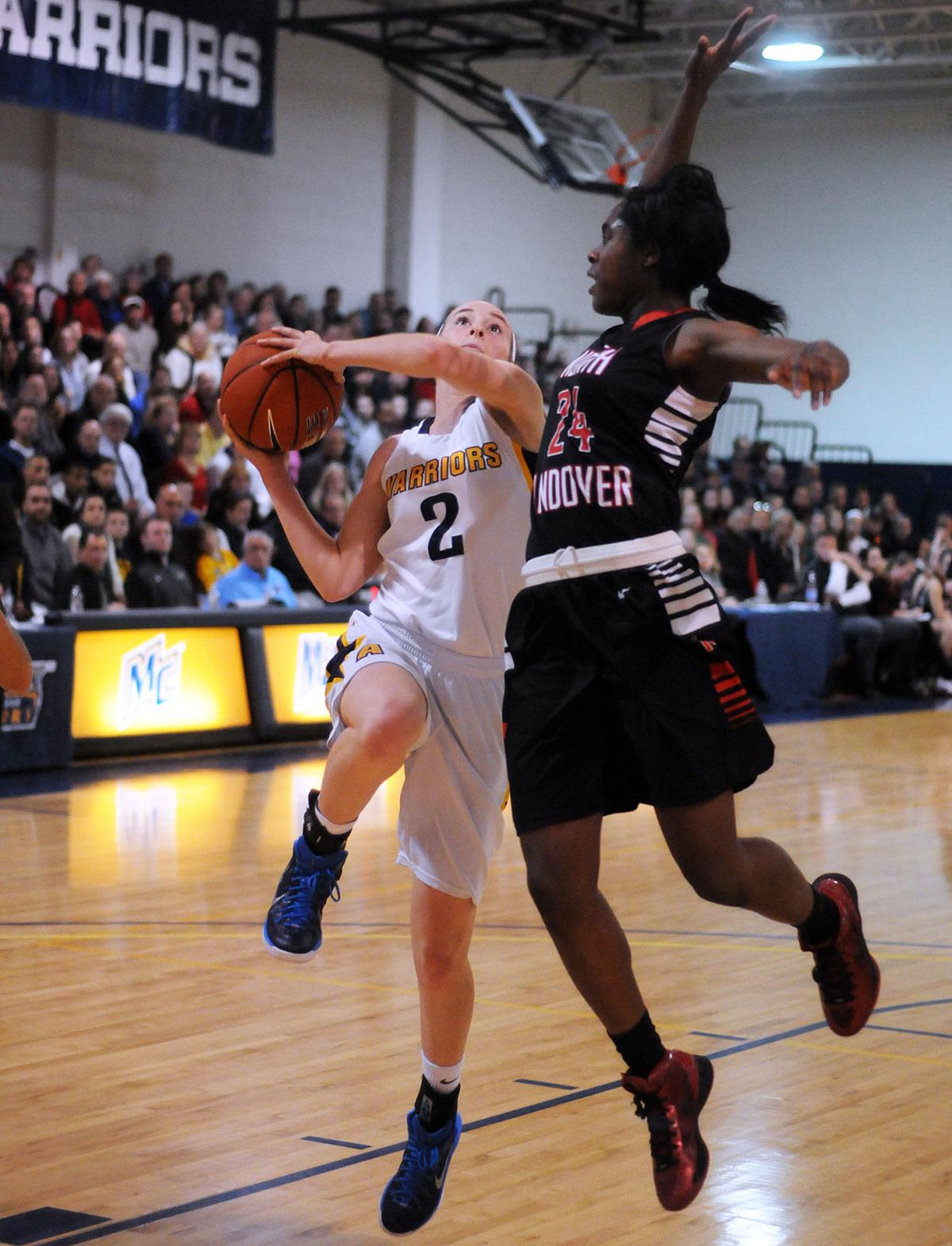 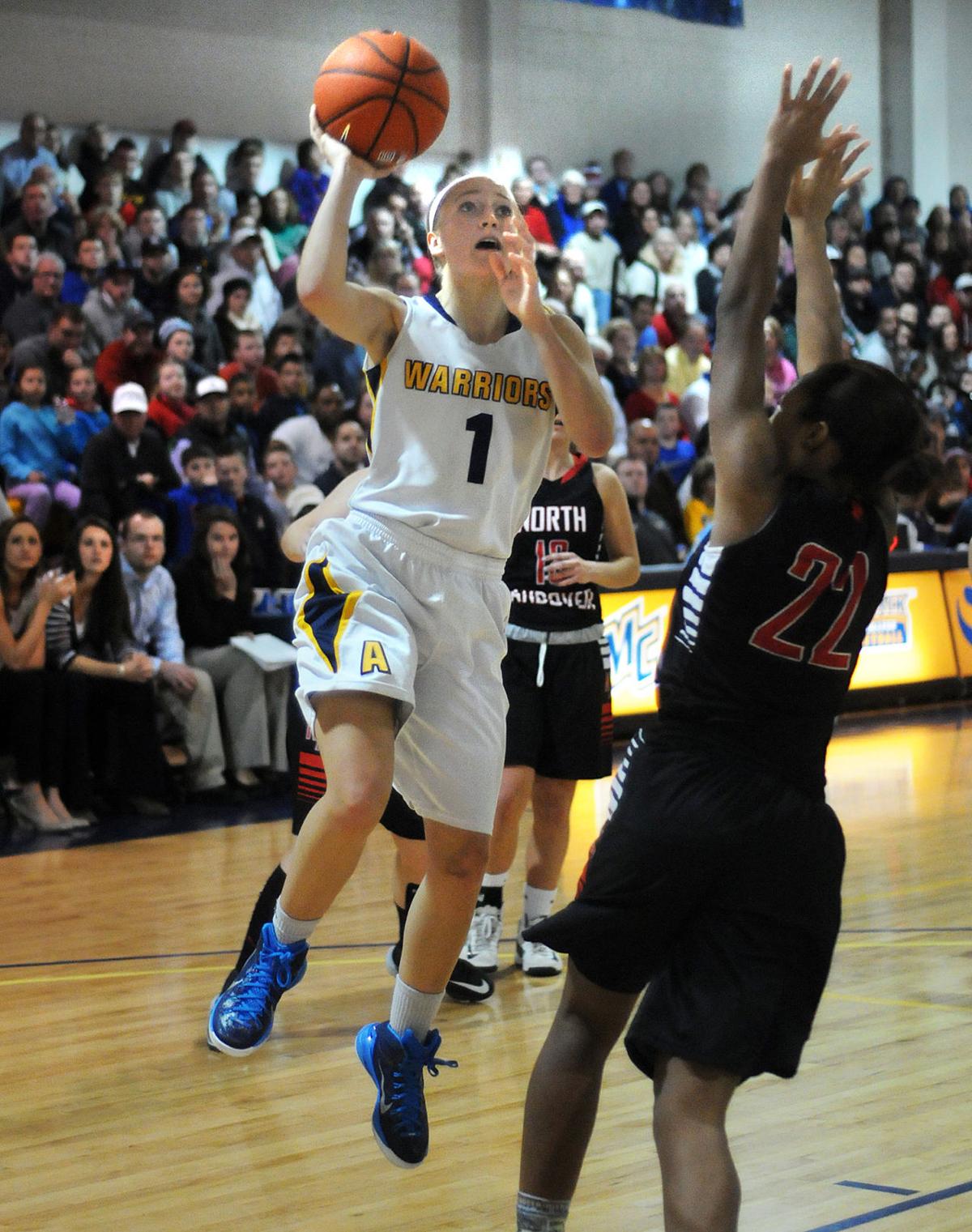 Andover senior captain Rachael Cormier sails to the hoop as the Golden Warriors defeated North Andover 69-62 in the finals of the Commonwealth Motors Christmas Classic tournament.

Andover senior captain Rachael Cormier sails to the hoop as the Golden Warriors defeated North Andover 69-62 in the finals of the Commonwealth Motors Christmas Classic tournament.

With a second straight Christmas Tournament title within reach last week, the Andover girls basketball team found itself on the verge of being upset, trailing by as many as 11 points in the fourth quarter,

But the Golden Warriors surged back behind huge plays by point guard Rachael Cormier and star forward Alyssa Casey in the fourth quarter to rally for a 69-62 victory to capture the Commonwealth Motors Stephenson Division title last Monday, Dec. 29.

“It is just so awesome,” starting guard Carissa Reming said. “We have worked so hard through so many hours of practice and it paid off. The crowd really boosted our energy, and it was really unbelievable. I think a lot of people underestimated us going into this season.”

It was the second straight Christmas Tourney title for the Warriors, who won the Hyde Division crown last winter.

“There are no words to describe how amazing this was,” said Casey, who scored a team-high 25 points to earn tourney MVP honors. “We found a way to overcome the deficit and win the championship. We feel like we deserved it.”

After a fast start, Andover found itself trailing 36-31 at halftime and 56-48 after three quarters.

“In the second and third quarter, we fell into a funk,” Casey said. “I don’t think we knew how to deal with it because it hadn’t happened to us before. But our bench was yelling, the fans were going crazy and we broke out of it.”

Cormier kicked off the fourth quarter rally by knocking down a jumper, then moments later gave the Golden Warriors the lead with an aggressive drive to the basket.

“I realized that they weren’t going to guard the middle,” said Cormier, who scored a season-high 14 points. “They were mostly focused on Colleen (Caveney) and Alyssa, like a lot of teams are. I wanted to show I could play too.”

North Andover retook the lead, but a free throw by Cormier, two hoops by Casey and a basket for Jillian Webber gave the Warriors a 64-60 advantage.

One more hoop by Cormier and a basket and free throw by Casey and the Warriors had locked down the title.

Cormier and Casey each scored seven points in the fourth to lead the comeback, while Caveney scored all 10 of her points in the second half and Webber added nine.

“That is a tough team, but we honestly never felt like we were going to lose,” Cormier said. “We knew that we had worked for this, and we knew what we had to do. We just put the pieces together, and we ended up with a pretty nice plaque.”