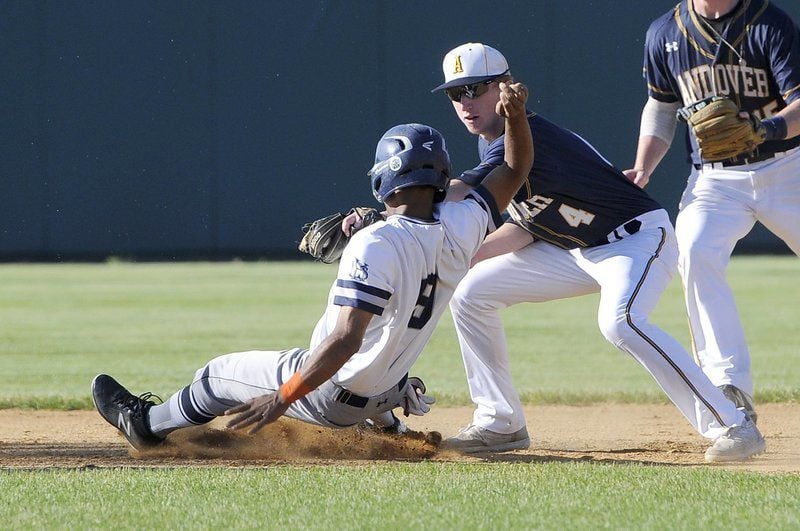 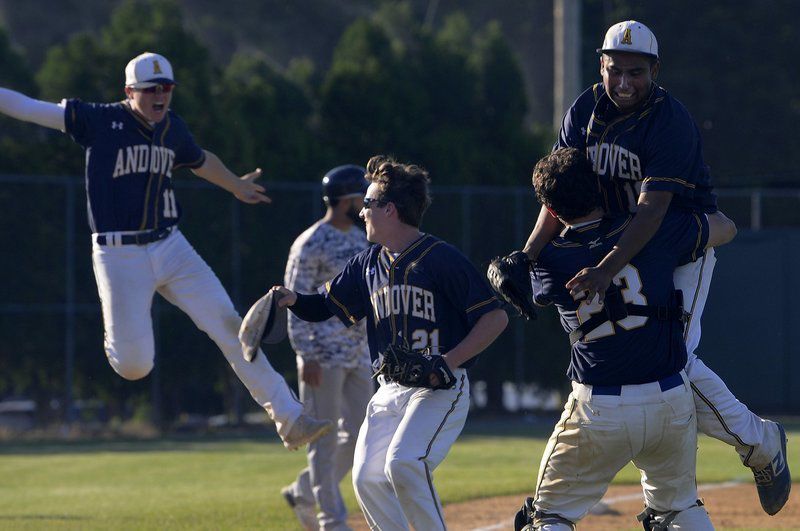 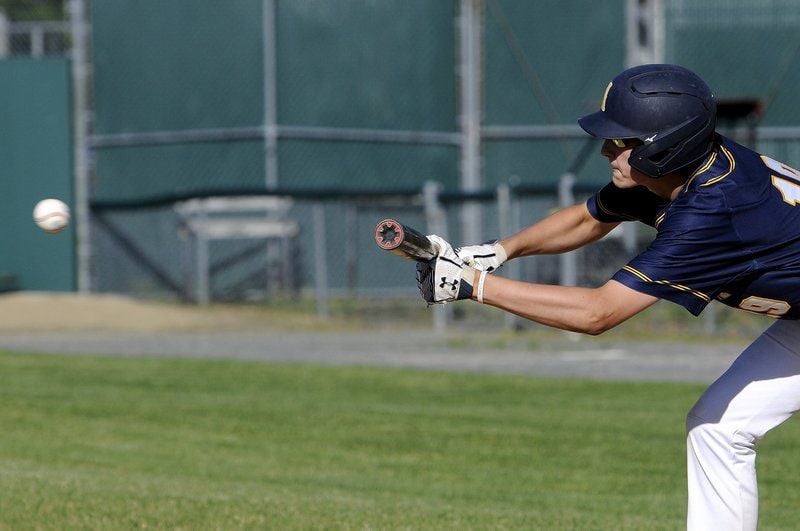 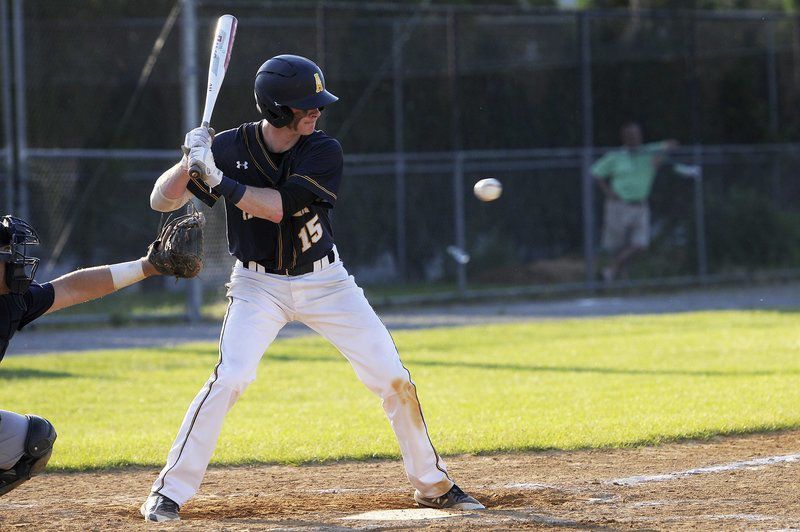 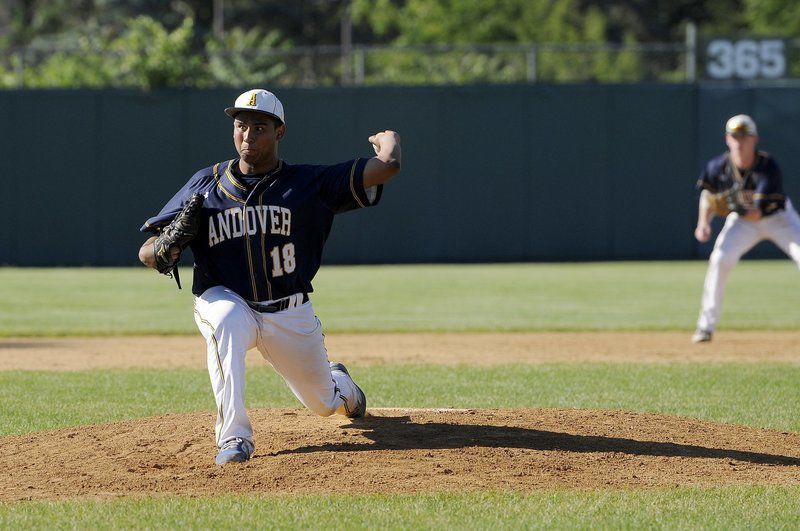 LOWELL — Few knew Arvin Nunez’s name heading into last week. But with a trip to the North championship on the line, the Andover senior made a name for himself in a major way.

“I tried to throw strikes,” said Nunez, a Dominican native who grew up in Andover and is headed to UMass Lowell in the fall to study chemical engineering. “It was fun. This is what you play for, for games like this.”

A junior varsity pitcher a year ago, Nunez went pitch-for-pitch with Lancer ace Miguel Matos, going the distance, including one extra inning.

Even when the score was scoreless through four innings, it felt like Lawrence was chasing Andover. Lawrence didn’t get its first hit until the 5th inning, just after Andover went ahead 1-0 on Josh Gruenberg’s RBI single to left field.

The Lancers finally tied it in the bottom of the sixth, and the teams went quietly in the seventh inning before the floodgates opened for Andover.

In the eighth, it all started with one out on a grinding, 10-pitch walk by Matthew Potts, followed by an error.

A long fly ball to center gave Lawrence a breath of fresh air, with two outs, but a single by catcher Nolan Schirmer, who ended the sixth inning by throwing out a Lawrence base-runner at second base, went under the glove of the Lancers’ right fielder. Two runs scored.

Nunez got the ball back in the eighth and finished the job.

“It was his game,” said Andover coach Dan Grams. “He was still going strong.”

Lawrence hit four balls hard, but they were hit hard at Andover fielders.

Andover players all ran toward Nunez as if they’d won a championship. Honestly, it felt like one, at least for Nunez.

“That kid was tough,” said Lawrence High coach Kevin Fielding, of Nunez, who allowed only five hits and one earned run. “We couldn’t get that second run. We were close, but (Nunez) made the pitches.”

Grams said he couldn’t have predicted a game like this from Nunez last year. But after seeing him gain confidence throughout the spring, he wasn’t surprised by anything Nunez did yesterday or does in the near future.

“When you work hard and love the game like he does, anything is possible,” said Grams. “We met with him before the season started and told him we needed him to be one of our top three starters. But when Andrew Therialt got hurt, we needed more out of him. Well, as you saw, we got it.”

When the season started in early April, Andover coach Dan Grams knew he had a pretty good team.

Was it Division 1 North finals good, though?

That certainly would have been a tougher question to answer.

But after a tough run through the MVC, a brutal non-conference schedule, games against six of the eight Super 8 teams and two extra-inning marathon wins in the playoffs, there the Warriors were on Saturday: the Division 1 North finals.

And sure, Saturday’s season-ending 11-1 loss to Lincoln-Sudbury definitely stings. But it doesn’t take away from the great — and somewhat unexpected — season the Warriors just had.

“I’m over proud of them,” said Grams. “They were definitely overachievers this year. I thought we had one more big game in us this year, but unfortunately we didn’t have it.”

Things started badly Saturday for Andover (14-10), and they didn’t get much better.

Top-seeded Lincoln-Sudbury (22-2) scored two runs in the first off an error and a misplayed popup that technically goes down as a hit. They then made it 4-0 in the second.

“(Ace) Josh (Gruenberg) has been awesome all year and we didn’t help him (Saturday),” said Grams. “We didn’t really swing the bats well either. ... (L-S) is a good team. That’s what we wanted. To beat the best you have to play the best, and they’re the best in the North.”

Andover’s lone run came in the seventh when Alex Weinreb laced a double down the right field line that scored pinch runner Ryan Grecco. Tanner O’Sullivan and Aidan Ritter had the other two hits for the Warriors.

Andover will need to figure out its pitching next year after losing starters Gruenberg, Andrew Theriault and Arvin Nunez.

But the Warriors have returning talent in the lineup. Sophomores Shane Lachance, Anthony Teberio and Nolan Schirmer served as the team’s 4-5-6 hitters, fellow sophomore Ritter is the starting third basemen and junior Patrick McConnell bats second and is a strong arm in center.

“I can’t say enough about how these guys responded this year,” said Grams. “The problem is we’re going to have a hard time replacing the pitching. We’re going to have to start back over and reinvent ourselves on the mound. So we’ll see what happens.”